Intramuros or the Walled City was once the center of political power and government, economy, religion and education, and the Spanish colonial government built the wall to protect from foreign invasion.

The Walled City was once the face of Manila, Philippines. This is the front and entry point from Manila bay however, the beloved Intramuros got destroyed during Second World War.

The Fort Santiago is located few meters away from Manila Cathedral and Palacio del Gobernador (the ‘Malacañang’ version during Spanish era). Dr. Jose Rizal was imprisoned in Fort Santiago before his execution in 1896 at Bagumbayan (Luneta Park).

What exactly should we expect inside the Walled City? The answers may vary but rich history and a deep appreciation of the Filipino life before Second World War would be the most common.

The following areas and points-of-interests will surely bring you back in time so let’s take a look at the historic site of Manila:

The museum dedicated to the lifework of the Philippine’s national hero.

The room originally used for storage of military supplies and then converted into Rizal’s prison cell prior to his execution in 1896.

Dr. Jose Rizal’s last moments before his execution in 1896.

Many victims of war were imprisoned in the dark dungeons of the fort.

Baluarte de Santa Barbara is located at the northwest of Fort Santiago and near the Pasig River. It served as artillery and weapons storage during Spanish colonial times and prison cell during Second World War by the Japanese invading forces.

The Ayuntamiento was the seat of Manila City Council during Spanish colonization of the Philippines.

It was once made of nipa and bamboo in 1571 by Juan de Vivero and then elevated to cathedral by Bishop Domingo Salazar in 1581.

The Memorare – Manila 1945 Monument commemorates the lives lost during the battle for the liberation of Manila, waged by Filipino and American forces against Imperial Japanese troops from February 3, 1945, to March 3, 1945 (source: Malacanang.gov.ph)

Casa Manila is a museum illustrating the colonial lifestyle during Spanish colonization of the Philippines.

San Agustin Church, the only building left intact after the Second World War, is one of the oldest church in the Philippines.

Light and Sound Museum displays the history of the Philippines including the journey to freedom of the country.

Puerta de Santa Lucia, served as the principal egress going to the seashore, is one of the original gates of Intramuros.

Walk in the walls

My first ink at Buscalan Village 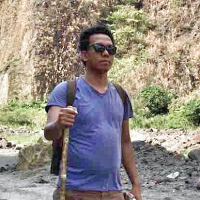